Photos of the first batch of units I’m painting for my new Epic Eldar army.

Back in the mists of time (the late 1980s and early 1990s), I played more 2nd edition Epic than any other game. At that time, I built and painted a fair amount of Eldar models to form my main army and I really enjoyed the games I played with them.

I’ve long since parted with those models, but I still had a soft spot for Epic Eldar — and the models only got better with releases during the 3rd and 4th editions of Epic.

So when I got into Epic Armageddon in 2016, Eldar were once again the main faction that I wanted to build and play with. However, I haven’t gotten far with them yet for two main reasons:

I’ve made some good progress on the above, so I thought it was about time I made a start on the Eldar.

It took me a while to decide on a colour scheme — I wanted something original and striking, yet also quite quick to paint to a respectable ‘table-top standard’. Here’s what I came up with. 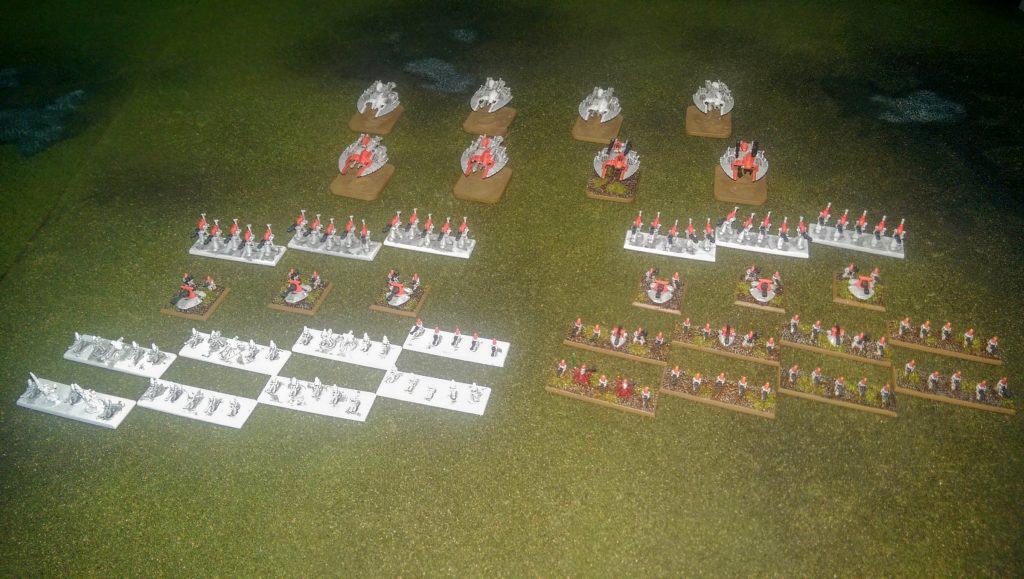 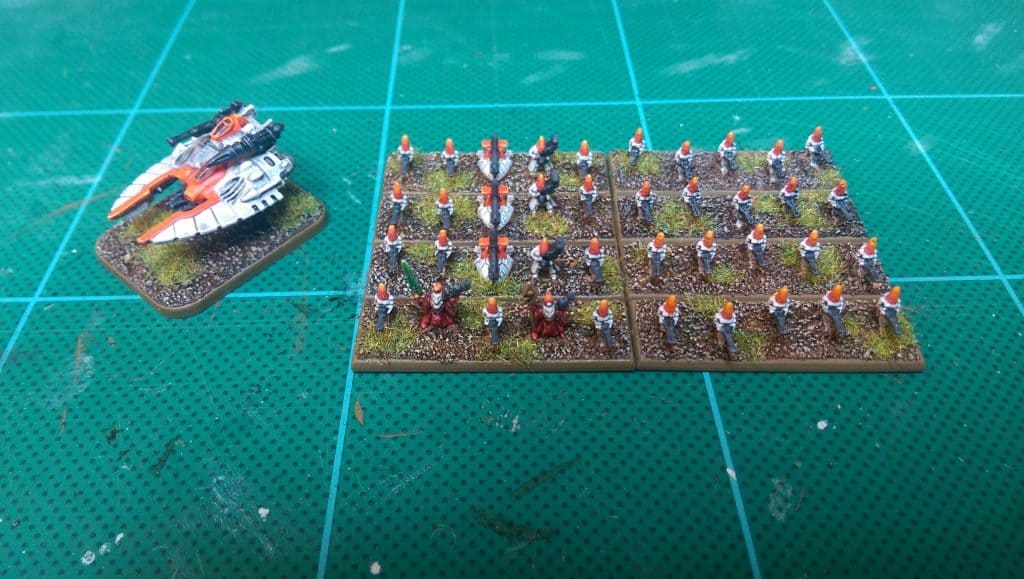 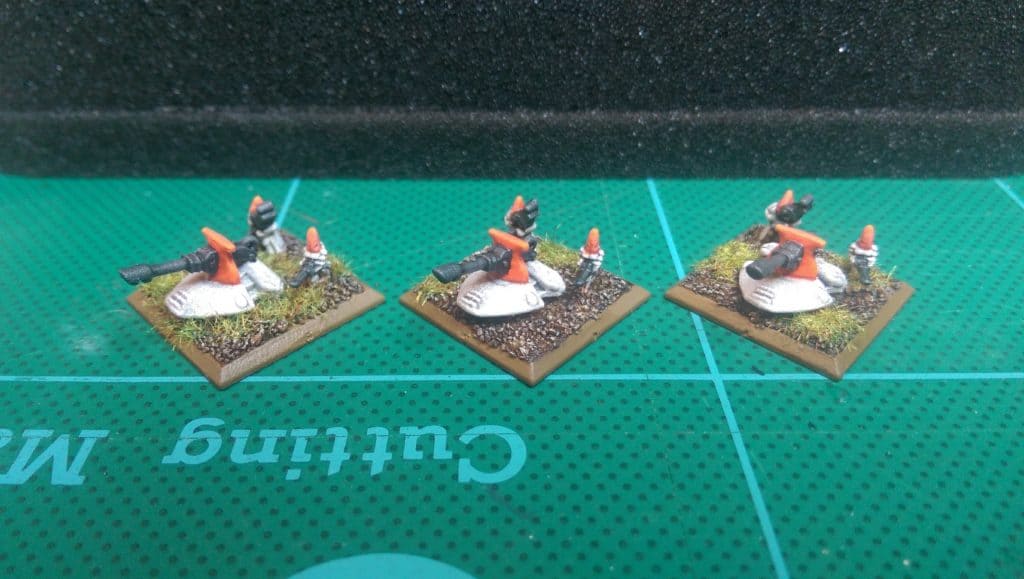 I’ve got a lot of other things to do, so it’ll be some time before I have a large army of (painted) Eldar. But I’m pleased with how they look so far.