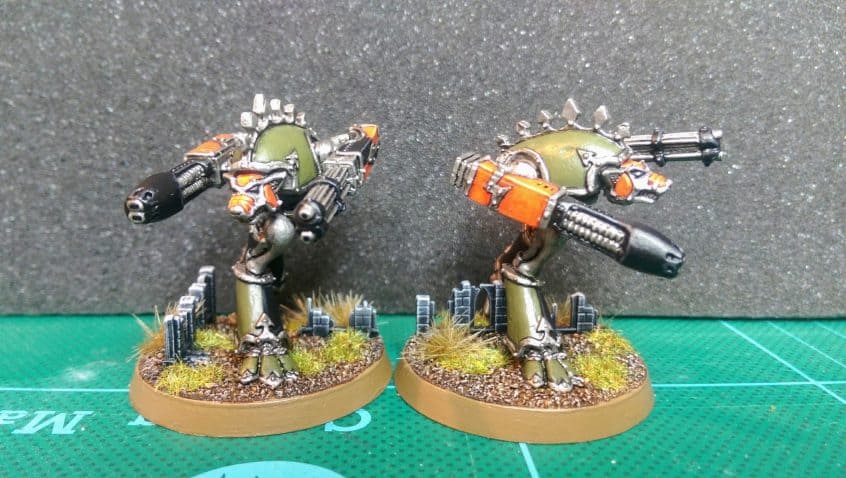 Painted and ready for action — a pair of Warhound titans, to support my Imperial forces in Epic Armageddon.

I might add a few more highlights and/or a little more detail later, but for now I’m calling these ‘done’.

Also, I know that there are new titan models available from Games Workshop as a result of their new version of Adeptus Titanicus. But I’m not really interested in that game, and I see some disadvantages with the new models as compared with the old:

Besides, I actually still have a soft spot the old titan models!

I plan to follow up with a couple of Reaver titans soon, and eventually a couple of Warlord titans.